I love walking past the Metropolitan Opera House on Lincoln Square at dusk. The glittering starburst chandeliers, visible through the iconic Modernist building’s five soaring arched windows, always provide a sense of occasion. September 13 is the 50th Anniversary of New York Metropolitan Opera in its current Lincoln Center home, and they’re celebrating with a gala featuring some of the world’s greatest opera singers performing a mix of repertory. The golden anniversary got me thinking about those Lobmeyr chandeliers again; they inspired some of the pieces in the AERIN lighting collection, including the Claret and Lynn ranges.

Hans Harald Rath of the Austrian glasshouse, Lobmeyr, was commissioned to create the space-age-style lighting that would complement Wallace K. Harrison’s modernist design for the Lincoln Center, and his chandeliers were the first to use Swarovski crystals on such an enormous scale.  The lights were a gift to the U.S. from the Republic of Vienna in appreciation of the Marshall Plan, which helped Europe rebuild following the Second World War, adding further historical significance to their beauty. 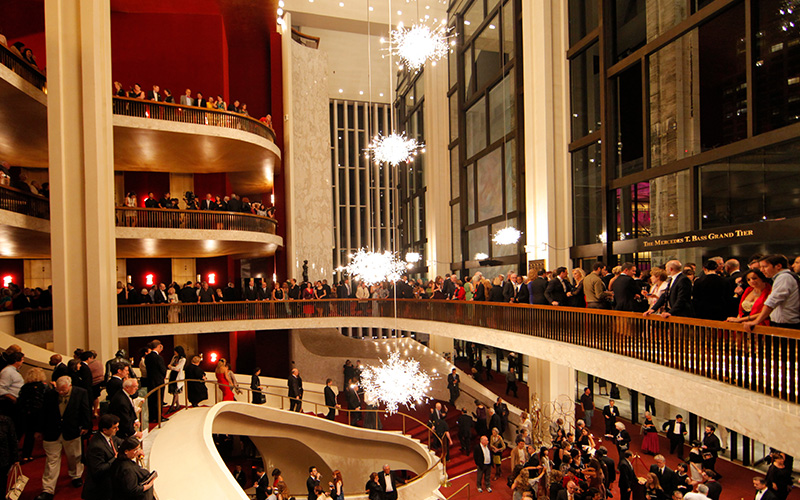 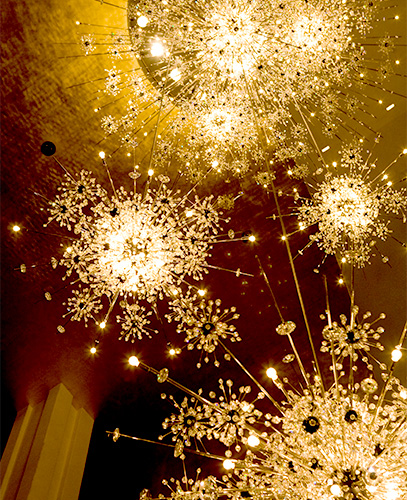 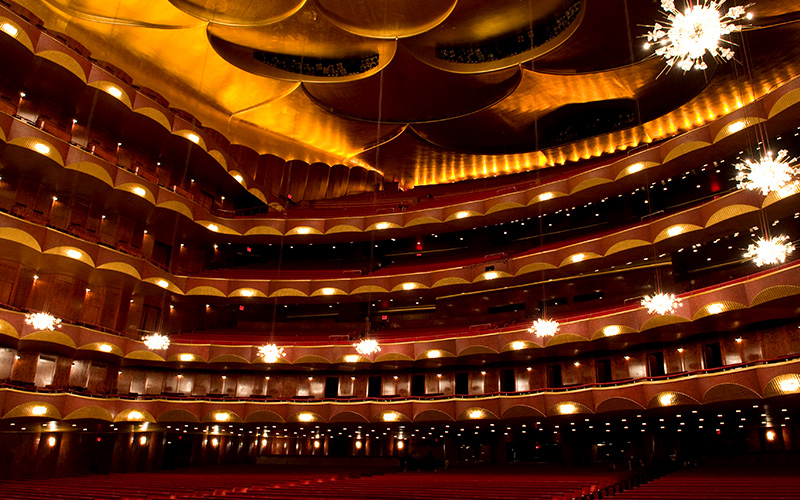